Hunan Province for many years was regarded by the China Inland Mission (CIM) as an impossible province to penetrate with the gospel. The people there were both anti-foreigner and anti-gospel message. Previous attempts by the CIM had failed to establish a permanent mission station in the region due to violent persecution and fierce opposition.

Hudson Taylor, the founder of the CIM, received word that Jonathan Goforth desired to establish a work in Hunan. Taylor wrote Goforth and, after stressing the difficulty of such an endeavor, pointed Goforth to the God they both served reminding him that He answers prayer.

Finally, after years of prayer and itinerant ministry in and out of the province, in 1897 the CIM opened its first permanent Hunan mission station just inside the border. By the end of 1899, there were three stations with a total of seven CIM missionaries residing in the province and twenty-eight recorded baptisms.

Jesus, when faced with a multitude of people, was “moved with compassion on them” (Matthew 9:36). Interestingly, even though He had just healed them of sickness and disease (v35), the physical infirmities weren’t the reason for His compassion. The Bible says that “he was moved with compassion on them, because  they fainted, and were scattered abroad, as sheep having no shepherd.” His compassion was focused not on their physical needs, but on their spiritual needs. He saw them fainting due to a lack not of physical food but of spiritual food—the preaching of the Word of God.

He compared them to sheep with out a shepherd. No shepherd to feed them. No shepherd to guide them. We may easily think, Praise God! The Good Shepherd, Jesus Himself, can now feed them. He can guide them and teach them. However Jesus did not see Himself as the solution to their problem.

How do we know? Because in the following verses, He clearly tells His disciples what they should do about it. He commands them to PRAY. “Then saith he unto his disciples,  The harvest truly is plenteous, but the labourers are few; Pray ye therefore the Lord of the harvest, that he will send forth labourers into his harvest” (Matthew 9:37-38).

Jesus, the one who in John 10 calls Himself the good shepherd, doesn’t see Himself as the solution to the multitude’s lack of a shepherd. Rather, He commands the disciples to pray for laborers, or shepherds, to go into his harvest.

The need is clear. The multitudes need laborers. They need shepherds. They need preachers of the Word of God. If they are to stop fainting they need men who will go and labor among them boldly proclaiming the gospel and teaching the Word that is God’s lamp unto their feet and light unto their path.

Friends, may this booklet guide you to “see the multitudes” in China. As you see them, may you, like Jesus Himself, be “moved with compassion”. It is our prayer that you would then heed His command and join us in praying that the Lord would send forth more laborers, more shepherds, more preachers to proclaim unto them the Word of God.

May this booklet be used to focus the prayers of God’s people today on the great nation of China. May He use our prayers to raise up a great multitude of laborers to enter this great harvest field.

How to Get a Guide

Praying For China: A Guide was available for pre-release at Underground Jiaohui, and are now available for purchase through Our Generation Publishing! Click the button below to get a guide and start praying for China!

We will also at Underground Jiaohui be releasing the Praying For China: A Guide companion map! This map/poster is sure to be a great way to remind you to pray for China throughout the day! 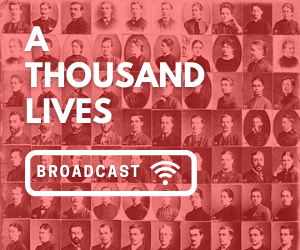